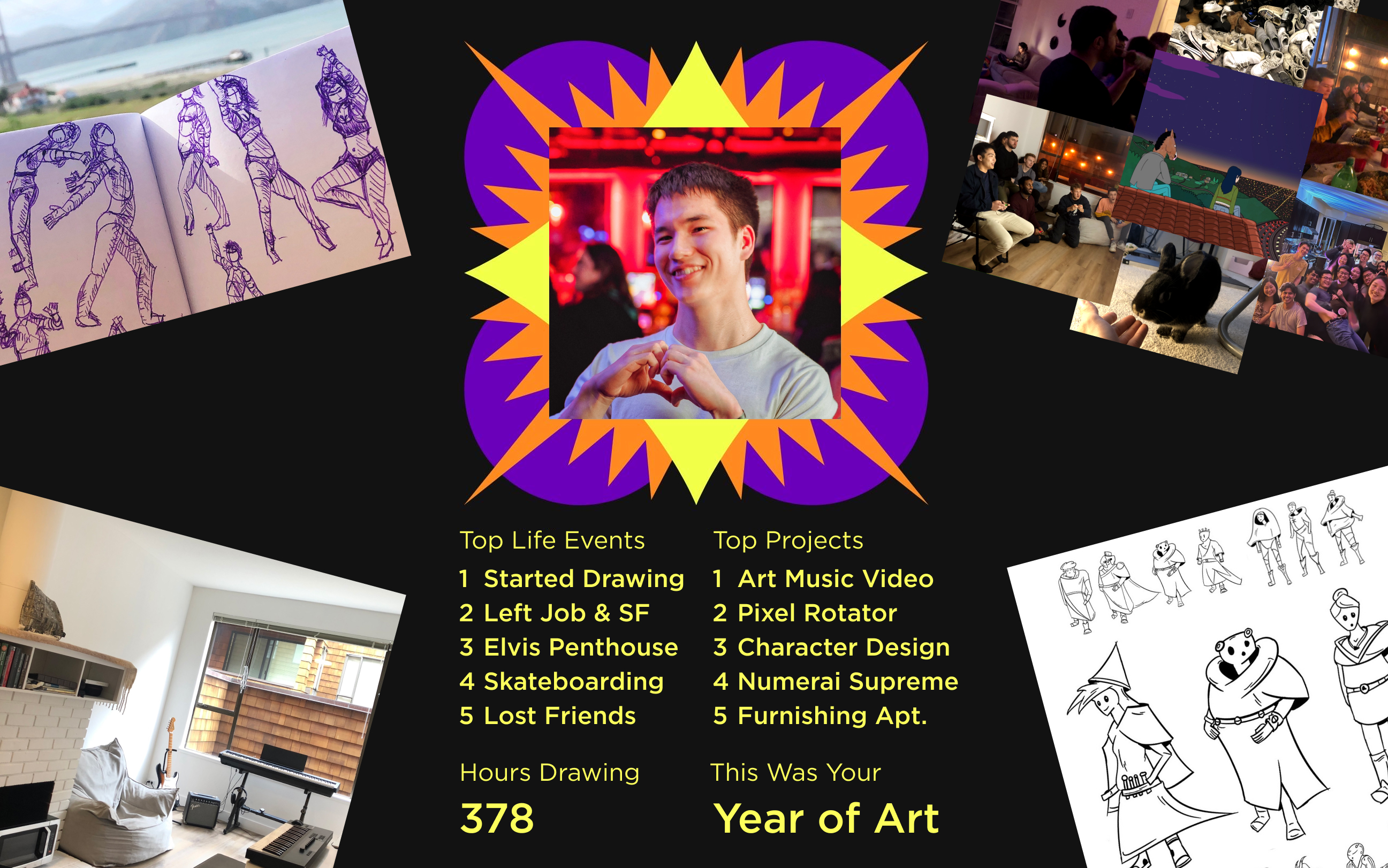 Inciting incident: I lose my passport while living with my best friend on a blueberry farm, and find myself trapped in the freezing cold of a Canadian winter. Meanwhile, my coworkers are enjoying a sunny January in SF.

For years my friends have been telling me to listen to Kanye. I listen to his entire discography in 4 weeks -- turns out his music is pretty good.

Core memory: waiting outside in the cold with 200 people for a Covid test, and listening to The Life of Pablo for the first time while trying to keep my ears from freezing.

I end up getting an emergency replacement passport, fly back to the west coast, and live the SF tech bro dream of renting a 1-bedroom apartment and sleeping on the floor without a bed frame.

Each morning I skateboard to work while vibing to music, riding along the north side of SF and its waterfront. Every day after work I go to the rock climbing gym with a friend

Furnishing an apartment for the first time is fun: mattress, bed frame, piano, couch. The fireplace microwave brings it all together. 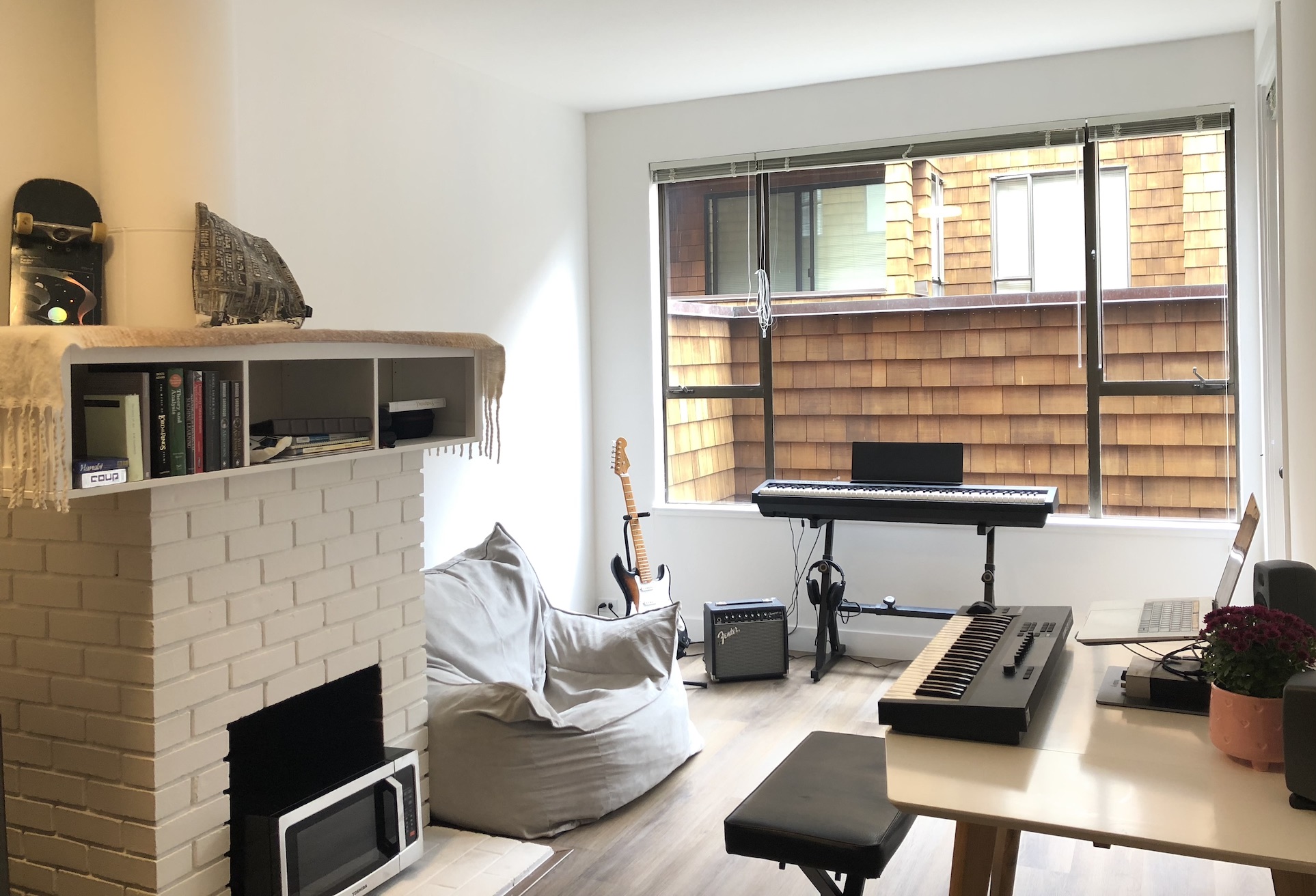 Living on my own gives me a lot more time to read, think, and compose music -- as opposed to the chaos that was my life last year, living in a group house with 8 other people.

I watch the music video for All My Ghosts by Lizzy McAlpine, and am left with two thoughts. This song is amazing, and I miss being in love.

Last night I hooked up with a girl for the first time. I took her to a concert, and then we walked back to my place. I didn't find her particularly attractive physically or intellectually, and I tried to get her to leave without fooling around, but she was insistent and I let my horniness get the best of me.

I feel guilty, unwell, and melancholic about the whole thing.

I delete dating apps for the first time.

Every night for the past week I've gone out with friends or to a party. Normally I stay inside and work on art and music; the past few days have been refreshing.

It's been fun. So many memorable experiences in just a week.

It's been neighborly. I've met more people than I normally would in a month, and made friends that'll be part of my life beyond this week.

It's been exhausting. The streets of SF are magical at night with friends, but man was not made to fall asleep at 5am.

Other things that happened this month

'Twas the night of April 2nd, and I'm overwhelmed by the feeling that my life isn't building towards anywhere. Everything feels a bit too comfortable.

At the beginning of this year I resolved that 2022 would be my "year of art" -- making music, playing guitar, creating algorithmic art, and learning 3D motion graphics. The past few months I made progress in all of these areas, but it was unfocused, feeling more like a way to pass time rather than expanding who I was as a person.

Decided that I'll quit my job by the end of the year.

This month I started drawing, going to parks and restaurants to draw people in a sketchbook. Reading Starting Point, a collection of essays by Hayao Miyazaki, and watching this interview with an artist at Riot Games inspired me to keep drawing.

Seeing my musical hero, Jacob Collier, perform live felt like a celebration of everything that makes live music magical: singing as he conducts us, him running around the stage playing countless instruments, and a toddler loudly proclaiming their love for him.

I met a girl while rock climbing -- we go to two concerts together (Krewella and Hot Chip), and wander around the city together. Things ended before they started as she's too busy with work, but it was a fun few weeks.

A girl reads all of my blog posts and DMs me on Twitter.

We go on a walk that goes for two hours longer than the listed time on the calendar invite.

The next day I ask her if she wants to go to a modular synth workshop together (spent an hour searching for events to find this). We end up walking through the Mission for two hours instead of taking the bus back home.

We go to Honne's concert together, and as the night is ending I ask to use her phone, pull up flights from SF to Seattle (where she'll soon be moving to for a summer internship), and tell her that I think we could make "us" work despite the distance.

Spent every day the next week together, exploring the city together with fresh eyes, reading books together at the library, drawing at home and the park together, and going on a double date to an amusement park.

I compile my favorite orchestral, pop, and EDM songs into separate playlists for her -- spending hours editing the playlists down and reordering the songs to perfect the flow.

I break up with my gf. It was so much fun in person, but while doing long-distance she realized that she needed a bit of space, and I was happy to go our separate ways. Even though it only lasted 2 months I'm glad we briefly lived life together.

(Future Liam in December 2022 chiming in). We still talk and share art every now and then :)

Spent a lot of time drawing, skateboarding, and playing Dance Dance Revolution every day at an arcade near my home.

Listening to rap music in a foreign language gives all of the swagger with none of the lyrical distraction.

Went to a dinner party. Me and the dog would run down the stairs every time the doorbell rang to let in people. After a few hours, most people had gone upstairs to talk, while me, and three others stayed downstairs.

I was petting the dog, and became a bit concerned since it seemed so lethargic. After a few minutes I decided to get the owner. He called the vet, while the dog's breathing got weaker and weaker.

I kept petting and petting, while breathing with the dog because I was terrified that he'd stop at any moment. Eventually the dog pooped itself while still on the ground, and shortly after we carried it downstairs. When we got him into the car, his breathing was very weak, and shortly after he started gasping and spasming.

The owner drove his dog to the vet, and the rest of us stayed behind to clean up.

Somebody drove me home, and while en route I got a call that the dog died.

I feel so hollow and disconnected. Every time I became aware of my surroundings again I'd think of the dog, slowly dying in my arms, and I'd flinch away from that thought and immediately go back to disassociating.

After failing to get work done for a few hours, I wrote a letter and skateboarded down to drop it off with flowers. When I saw the owner, I just started crying. I couldn't find any words to say, so we just hugged.

I don't know how to talk about death and loss. It's one of the most impactful things I've experienced, but I don't want to bring it up and kill the vibe in exchange for hollow condolences.

My last month in SF is bittersweet.

I go to Vegas for a friend's birthday. He flies us out on a private jet, we get amazing seats at Cirque du Soleil, and stay at the penthouse suite where Elvis used to live

I sell my piano and furniture, move out of my apartment, and give my 3-months notice at work.

One sketchy guy, who contacted me through Facebook marketplace, showed up at my place with a stack of $100 bills, and pretended to run away with the item. Had my roommate chat with him for half an hour while I examined the bills, following a WikiHow article on how to spot counterfeit money.

Playlist for this month features pianists and guitarists who inspire me and that I got to see live.

Fred Again's boiler room set is the most incredible live electronic set I've ever listened to.

Spent August living in Brooklyn with friends: concerts, cafes, climbing, and Interact's symposium define this month for me.

I move to Waterloo for the rest of the year. Living on a university campus for the first time, and listening to Odesza, Niki, and Polyphia with friends is fun.

So many wonderful serendipitous social experiences

For reasons outside of anyone's control, I have to cut contact with my two closest friends for the foreseeable future.

The next day my cat dies.

I spend the month in SF for work, living on my own, and am scared of reaching out to people. I don't want to grow attached to someone only to experience all of this again.

So much of my being wants to give up, to distract and disassociate.

Listening to new albums from Puth, Fred, and Polyphia helps me make it through the days.

Drawing for countless hours helps me make it through the month.

I do my best to move on from last month.

I leave my job to study art full-time.

today I left my job to study art

made a music video to celebrate pic.twitter.com/hW8DCIQ4It

Someone shares an unfinished draft of my blog post about why I left tech to pursue art. It gets on the front page of Hacker News, 1000s of people read it, and dozens of people reach out with well wishes.

For some reason I thought that Taylor Swift stopped making music after Reputation came out in 2017 -- turns out I just stopped listening to the radio with my mom. Her albums from the past 5 years become the soundtrack for this month

I push myself harder at the gym, and the amount of weight I can lift rapidly increases.

I read literary fiction for the first time. Dostoyevsky's Crime and Punishment expands my understanding of the human condition and relationships.

I start playing piano again, learning new pieces for the first time in months. Every day I go to draw on campus, and take breaks by playing on a public piano -- dozens of people come up to chat with me, and many of them ask if I'm a music major.

I get really good at making new friends -- before initiating conversation used to fill me with anxiety, but my insecurities seem to have melted away after experiencing last month's loneliness.

I spend a lot of time drawing 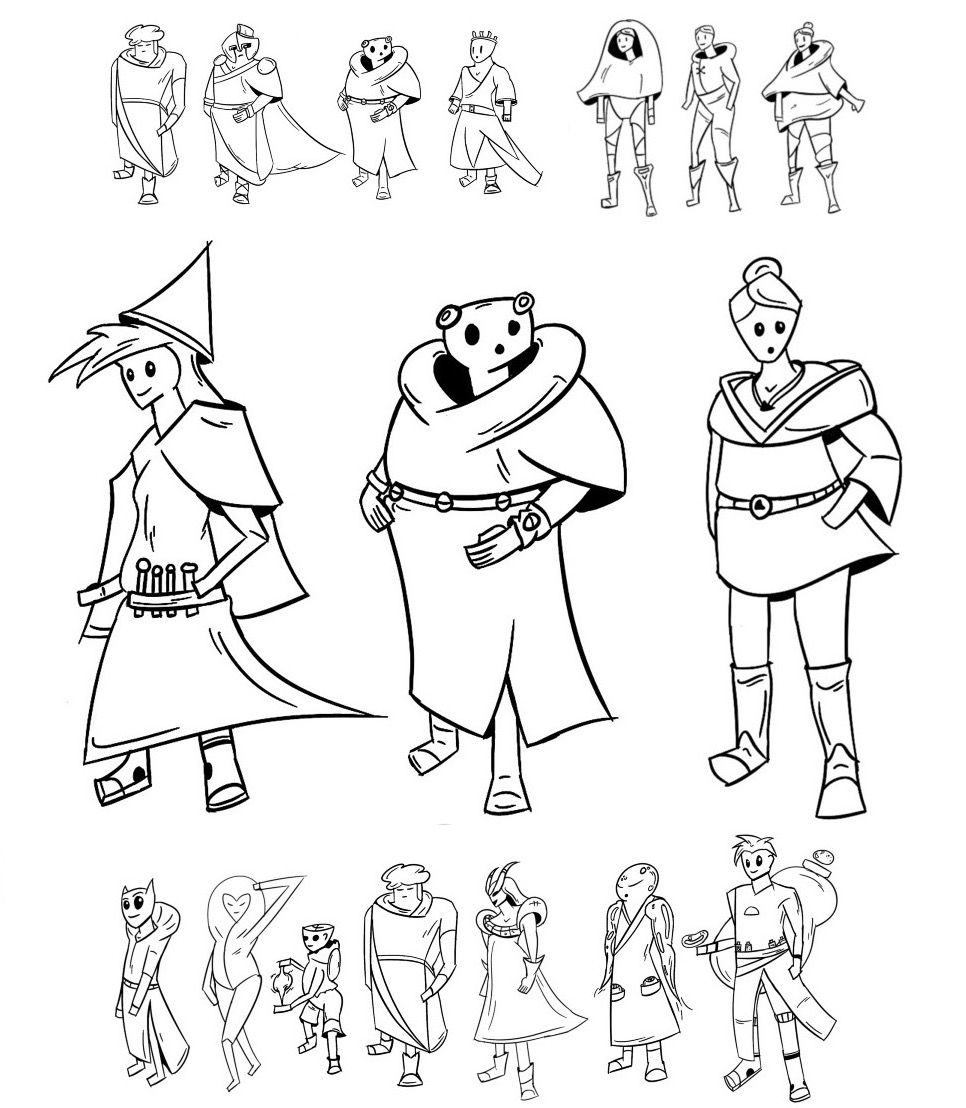 I'm really grateful for my friends: Anson for helping me dream bigger and give shape to my thoughts, Jim for being a great roommate and gym buddy, and SF for being sunny

I'm excited for 2023: to draw, live in Brooklyn, apply to art school, make new friends, play piano in the park for strangers, and enjoy the unemployed life.

Lastly, thanks for reading! If anything struck or chord with you, or there's a song you want to share, send me a message on Twitter